Marijuana is becoming more socially accepted in the U.S. for medical and recreational use. In June of 2019, Texas legalized hemp and CBD oil, an extract made from industrial hemp. CBD oil and hemp contain less than 0.3% THC (tetrahydrocannabinol). THC is the main psychoactive compound in marijuana and delivers a high for users.

Since the passage of legalized hemp, confusion about whether Texas accidentally legalized marijuana has generated a lot of buzz. At issue are lab tests which cannot yet determine the percentage of THC in seized marijuana plants or edibles.

Not all counties enforce marijuana laws the same, as prosecutors have discretion to enforce laws more harshly or less harshly. A prosecutor in the Texas Panhandle, for example, may very well choose to treat a possession of marijuana case more seriously in that jurisdiction than a prosecutor in a large metropolitan area like Houston. Since the legalization of hemp in Texas, many urban counties have postponed prosecution of or dismissed misdemeanor marijuana cases.

However, THC and cannabis concentrates are sentenced as felony charges in Texas. Prosecutors will continue to bring these cases, even though testing of the substances may bring challenges. Circumstantial evidence: Vape pens, bongs, pipes, etc. will play a bigger role in these cases. If these are present in the vehicle or home, police will seize these items and assume the substance was not hemp and is illegal.

THC of Any Weight is a Felony Conviction in Texas

Marijuana in Texas is treated separately from other drugs with less than 4 ounces in possession sentenced as a misdemeanor. Marijuana is commonly found in leaf or plant form and can be smoked in joints, baked in brownies and other edibles. Marijuana sentencing is more severe for larger volumes and weights. More than 4 ounces to 5 pounds is a state jail felony with a maximum penalty of 2 years in a state jail facility and $10,000 fine.

Chuck Lanehart successfully defended two college students on THC possession cases in a rural Texas County. The clients were accused of possessing a total of 500 grams of THC, which could have resulted in a first-degree felony conviction carrying a punishment range of 5-99 years in prison or life in prison, with an optional $50,000 fine. Instead, Chuck presented a compelling mitigation case on behalf of the clients, who today were each placed on a one-year pretrial diversion. Upon completion of the pretrial diversion, each client’s case will be dismissed and each client will be eligible for an expunction.

Quick Facts About Testing Hemp vs Marijuana vs THC

“Marijuana in Many Forms”by THCProductPhotos is licensed under CC BY-ND 2.0

THC and Its Many Forms and Names

Many defendants are charged with THC possession and are surprised that the edible gummy bears are treated more severely than raw cannabis leaves and plants. THC is available in many forms and goes by many names on the street, in Colorado dispensaries and by law enforcement.

Forms: wax, crumble, zhatter, budder, kief, dabs and oils are all forms of THC extracts utilized for vaping and smoking.

Edibles and It's Many Forms and Names

Edibles have greatly expanded the way marijuana can be consumed and make the drug more accessible. Edibles are popular with first-time users of marijuana and have the highest sales at Colorado dispensaries.

Marijuana edibles are no longer limited to “pot brownies.” Most edibles are made from THC oil and not marijuana leaves, meaning this category of cannabis is charged as a felony offense in Texas.

When someone is charged with possession of THC, it is a far more serious crime than a charge of possession of marijuana. The case may be prosecuted to the full extent of the law, which could result in a felony conviction, a prison term and loss of certain rights as a citizen.

However, the scenarios that lead to an arrest and a formal charge vary and leave much open to interpretation. Your case requires an attorney with experience on the many ways to successfully investigate and defend a drug case and ask hard questions. 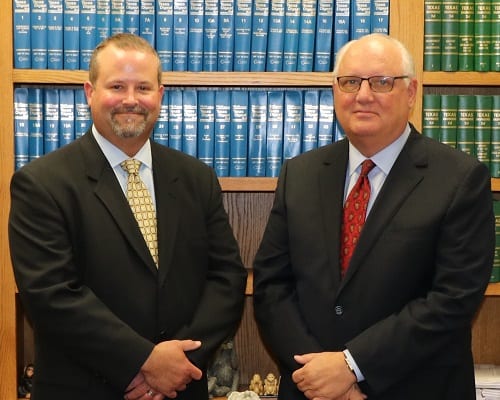 Zoom Conference with Chuck or FredAsk Your Criminal Law Questions!

Available every Wednesday afternoon to video conference with new clients. No obligation, confidential and complementary!