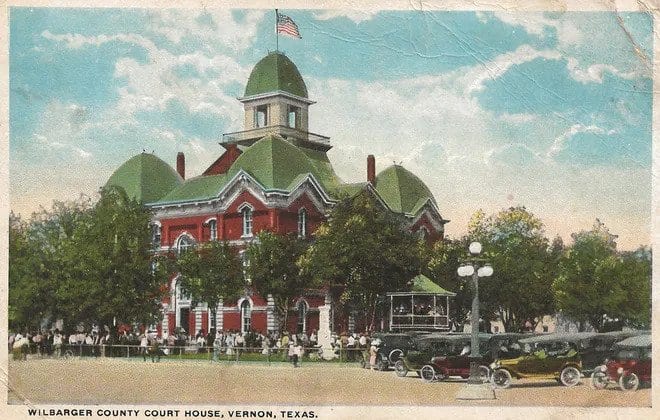 Chuck Lanehart uncovers a historical crime from the Texas panhandle that could be a Hollywood movie. In this two part series in the Caprock Chronicle, a popular preacher becomes romantically entangled with an old friend.

Taking place in the late 1800’s near present day Carson County, Chuck follows the life of Methodist minister George E. Morrison. On a Sunday in 1897 after delivering the sermon, “The Wages of Sin is Death!”, Morrison poisons his wife of 17 years. The reason? He had rekindled a relationship with a past lover from a wealthy family in Topeka, KS and was set to be married.

After the death of his wife, Minne which was witnessed by several residents, the small town of Panhandle was in a frenzy. An autopsy was scheduled and forensic evidence of internal organs sent all the way to a toxicologist in Galveston. The results were strychnine poisoning and Morrison was charged with capital murder.

A fugitive on the run, Morrison laid low for a year before being detained in California and extradited back to Texas. His family arranged for Temple Houston, the most celebrated criminal lawyer of the frontier Texas plains to defend Morrison.

His lover from Topeka became a key witness for the prosecution and provided love letters and testimony which established a clear motive. The jury sealed Morrison’s fate and came back with a guilty verdict of murder, sentenced to death by hanging.

Two years after poisoning his wife, an attempted jailbreak and approval from the governor of Texas, Morrison was hanged. He gave a final sermon and died 15 minutes after the noose tightened in present day Vernon, Texas.