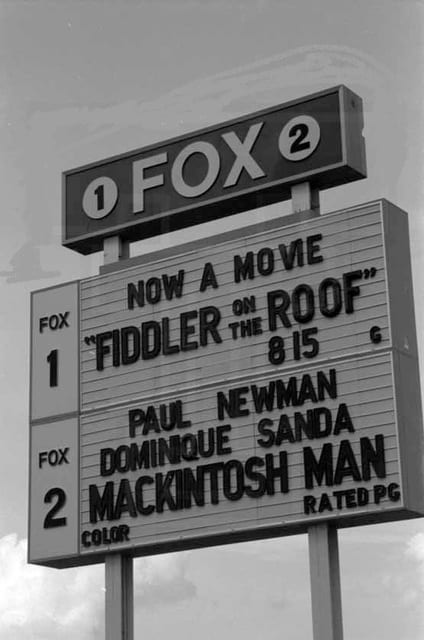 In the 1970’s, obscenity was a crime that police actively pursued. Chuck Lanehart writes a Caprock Chronicle which details this chapter in criminal justice history.

Notably, Lubbock courts held the first obscenity trial in the United States, over the film, “Last Tango in Paris.”. After being screened at a local Lubbock theater in 1973, police began a search and seizure warrant application. Ultimately the film was confiscated and the manager of the movie theater was arrested!

Read more to find out how the unusual trial unfolded, with the film being entered as evidence.

Read the Full Story on LubbockOnline.com
Download a PDF of the Full Article

While obscenity remains a crime, prosecutors rarely bring cases to trial. Several components of the Obscenity statute, 43.23 in the Texas Penal Code have been ruled unconstitutional. In short, freedom of speech and leniency towards artistic expression has made winning obscenity cases difficult.

Obscenity cases that are often tried, involve children, which is one criteria that makes obscenity crimes a state jail felony. These cases can also easily become federal, especially if happening online or via social media. There are federal task forces within the Justice Department and the FBI that investigate these types of crimes. For local jurisdictions, most are misdemeanor cases involving young adults or juveniles, engaged in sexting or sharing explicit videos.

Here are some recent examples in Texas:

1. Today’s modern version of a movie theater, Netflix was indicted for criminal felony charges resulting from the controversial movie, “Cuties”. The unusual case was brought by Tyler County District Attorney for “promotion of lewd visual material depicting a child.” The California based corporation could receive a fine of up to $20,000 and be ordered to remove the film for Texas users of Netflix.

3. A student at Waco High School was arrested on an obscenity charge for filming a sexual act with a female student. Police were unable to obtain the video from the defendants cell phone, but via a search warrant, received the video from Facebook, where it was posted.