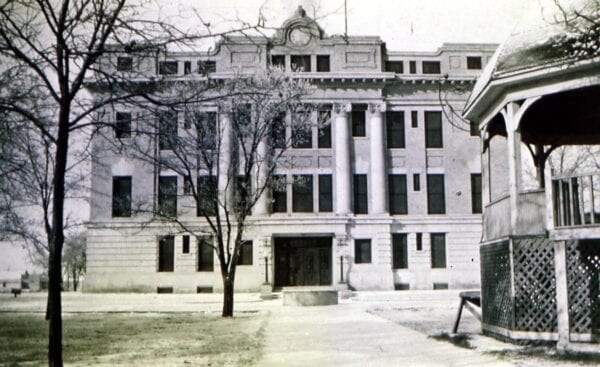 Chuck Lanehart shares the backstory, accusations and trial of one of Crosbyton’s most infamous murders in this week’s Caprock Chronicle.

In the 1920’s, Sam Cates fired two shotgun blasts into his employer and landlord, the attorney J.W. Burton. Claiming self defense, Cates was charged with “murder with malice aforethought”, a capital crime. If convicted, Sam would receive the death penalty and be executed by hanging.

The case involved accusations of an affair between Cates and J.W’s widow. An eyewitness to the murder was also a benefactor to the Burton will and further muddied the prosecution and defense.

Learn more about the events leading up to Sam’s arrest and the trial and sentencing in part one. Part two, continues the saga into the appeals process and retrial of Cates in Lubbock County.

Read Full Story on Voice of the Defense Online